Pinhole and the Expedition to the Jungle

Author guy is still prepping the pages from the book for the iPad version. The printed book is in glorious black and white, but my friend Rowland says that since the iPad is a different medium, i can have a red arrow to show where i am in the iPad version. Can’t wait to see it! 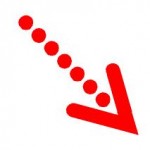 hi guys! the movie version is currently being cast. here’s the lineup so far:
to play Norbert: Gene Hackman
to play Jean: Kate Blanchett
to play Ken: Owen Wilson
to play Otto: Orland Bloom
to be the voice of Penguin: Nathan Lane
to be the voice of the author (off camera, for footnotes and assorted comments): Leonard Lopate of WNYC (he likes silly puns, and knows practically everything worthwhile knowing)
casting for my voice is still unknown. Any ideas?
Filming starts in 2011 YOMM (the year of my mind)

We’ll go to India, of course, and see just how much of the story in the book was made up, and how much was true.

See you at the movies!
Bye, p.

Rowland (he did this site) sent me this; it’s truly amazing.

At last some sculptures at the right scale for me!

I had another of my strange dreams last night. Remember that one in the book about penguins playing ping-pong in the Antarctic? (It’s on page 2.4 in the book, if you want to look it up.)

Anyway, this time there was a ladder reaching up into the sky. I started up the ladder, and got into the sky very quickly; I knew I was there when everything turned blue. You know, author guy likes blue a lot. Have a look at this thing he did: http://www.nigelholmes.com/

The dream again: there was a cow up there in the sky. And then I was a large field with a clump of trees on the far horizon. It was raining, and suddenly a whole lot of white pelicans fell out of the trees to the ground. They were much larger than in real life, probably the size of the trees. Then just as suddenly, the white pelicans flew up into the sky. Perhaps up to the top of the ladder, but I don’t know, because the ladder wasn’t there any more.

Then the dream ended, because Norbert was making breakfast and the noise of the sausages crackling in the frying pan woke me up. Hope I can revisit that dream again. Have you ever had the same dream more than once?

No, of course not! Say something! (that’s Jean talking)

I don’t get this blog thing at all.

So don’t worry about it, you’ll join in when you do have something to say. 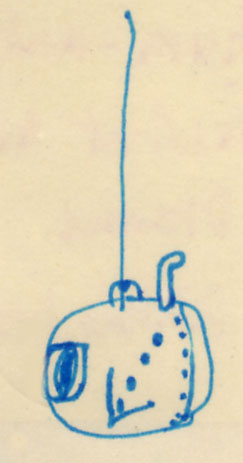 Had a great time at Chelsea Clinton’s wedding. Going there made me realize I can go anywhere, and nobody knows. So if you want to give me some suggestions about where i should explore, go ahead, in the comment box at the end of this message. I hate clichés, but you know, the sky’s the limit upwards (or deep under the Gulf of Mexico downwards; I have this small submarine thing, and Otto drew it for me.)

I could go and have a look at whether the cap on that oil well down there is holding tight and not letting any more oil come out, now that BP has plugged it up.

P.S. That’s my sign on the outside; a dotted line with an arrow head at the end.

This whole site is about a book some guy wrote about me and my fellow adventure/explorers.

Hey! Some Guy? That’s me! (author). You wouldn’t be here, Pinhole, if i hadn’t written you down.

Oh no? What if someone else had written about my expedition to the jungle? It’s the story that matters isn’t it, not writing it down? This guy (author) is going to interrupt us from time to time, so we’ll all just have to put up with it. He does it in the book too. Anyway, you can read the book to see what happens in the adventure, or you can buy it in installments when the technical magicians have done that and made it ready. The other explorers, Norbert, Otto, Jean and Ken will all write stuff here too, when they feel like it. (And they’ll be writing in those colors. I write in black.) In the expedition to the jungle book, they each tell a story at night, so perhaps they will do that here, too. Otto was the artist on the trip, so I guess he’ll do some art.